China in Scotland, and a few extras

I recently got back from a photography trip to the highland country of Scotland. I stayed in the Fort William area on the first two days, and then in Portree, on the Isle of Skye, for the last full day before heading back through Glen Coe for a few quick shots before driving to the airport in Edinburgh and then home.

My goal for the trip was to get some landscapes that were evocative of Song and Yuan dynasty Chinese painting. I'd first discovered Chinese painting when I bought a small Chinese ink painting at a garage sale for ten dollars as an art student in Maine. At the time I hadn't seen anything like it before, nor did I know enough about the style to realize that there were much better examples than the one I had bought. A friend who had worked at the Boston Museum of Fine Arts recommended I visit the museum to see their excellent collection to get an idea what the 'good ones' looked like. I went, and was hooked. In what now looks like an odd coincidence, a few years later I married the granddaughter of a very well-known Chinese artist, who also had a large collection of classical Chinese art. He taught me how to paint in the Chinese style, and frequently would pull out dozens of paintings from his collection for me to see when we'd come over on Friday nights. The result of all this is that, as a westerner, I developed an appreciation for this art form. 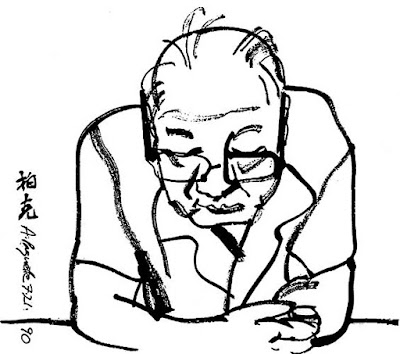 Andrew Paquette, Portrait of Mr. Wang, eating a radish and watching as I paint, 1990
[click on images to enlarge]

As my wife's grandfather explained to me, Chinese art is all about the quality of the brush. Composition, at least as westerners understand it, is much less important than the quality of individual brushstrokes. This isn't to say that no attention is paid to composition, but that it is treated very differently. For instance, in a western painting, the composition, if done well, can be taken in at a glance. All necessary pictorial elements can be viewed simultaneously within the boundary of the image. In Chinese painting, images are not designed to be viewed all at once. Instead, viewers are meant to look at sections and then traverse through the painting almost like a group of storyboard frames or a moving camera through the landscape. This is most obvious in hand scrolls, which are not meant to be viewed when completely unrolled. Instead, a few feet at a time are exposed, with the scroll on either side rolled up, making it impossible to ever see the entire image at once.

Another difference is that Chinese painting focuses on structure and ignores light. In this respect Chinese painting is more like the type of drawing done by engineers and architects, where structural clarity is the primary concern. Shadows and lighting effects would interfere with the clarity of structural elements in those drawings, so it is left out. The same is true of Chinese painting. It is for this reason that I was very surprised when my wife's grandfather once paid me the compliment of saying that I had managed to make watercolors using western techniques that so mimicked the qualities of Chinese landscape art that he declared that they were 'Chinese'. 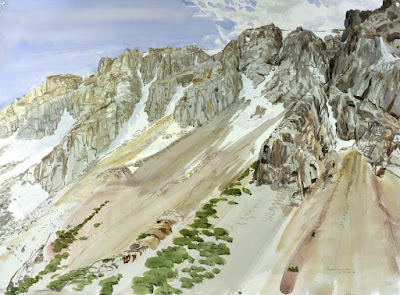 For the trip to Scotland then, I had some history with Chinese painting. I'd seen a lot of it in museums, even more (and higher quality) in my wife's grandfather's personal collection, and had painted in the style myself. However, to make photographs that in any way had enough of the character of this source material to resemble it would be tough. After all, photography is all about light, but Chinese painting is almost the opposite of that. In the end, some came out more successfully than others, and certain situations presented opportunities I couldn't pass up--whether they looked like the kind of shot I was going for or not.

Below are the photos, in the order they were taken, along with a few notes about their inspiration.

I was attracted to this subject primarily because of the dark rocks, secondarily by the rushing water that frames it. The rocks looked very Chinese to me because of their darkness, their angle, and their shape. The water looked more like a Hokusai drawing of waves, but also reminded me of a tiny number of Chinese paintings where an attempt has been made to freeze the motion of water. In many Chinese paintings, water is either rendered smooth (as in a long exposure) or the wave detail is so fine that it cannot be seen in a reproduction--making it look smooth even if it isn't. To get that effect, I wanted the fastest exposure possible, to freeze the motion of the water. 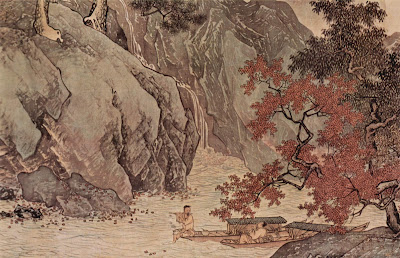 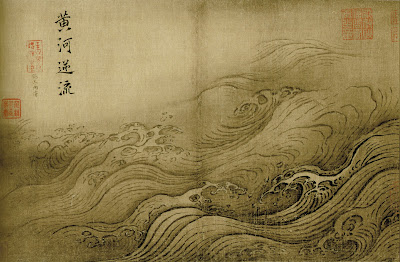 Rocks and water, from two different paintings. by T'and Yin (above) and Ma Yuan, studies of water 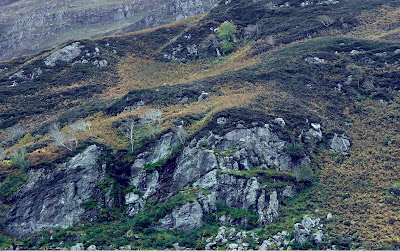 These rocks covered with heather and short trees reminded me of numerous wall paintings I had seen from Song and Ming dynasty Chinese painters. Those images, when color is present, use colors very much like what was present in the environment. Normally they are not composed like this with the sky cropped out, but then again, they aren't meant to be viewed all at once either. When I looked at those paintings, I always focused on the strokes and the structure of the objects represented--and completely ignored the image boundaries. To get that effect, I decided to crop out the edges altogether. My only regret is that I didn't have a longer lens. This is shot with an 80 mm lens from across a lake, so it represents about 50% of the image area. It is a large image, making the detail respectable enough to reproduce in an over-sized magazine at 300 dpi, but not enough to print as a poster. If I ever get the chance, I'd like to shoot this again with a 240 mm lens or so. 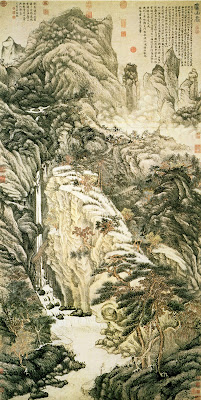 An example of the kind of landscape the previous photo is based on, by Shen Zhou of the Ming dynasty 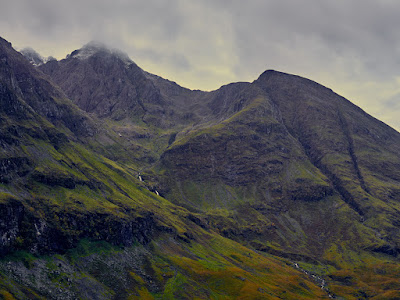 This scene reminded me of the very dramatic mountainsides that my wife's grandfather was famous for, but also the older mountain paintings that he admired from the Ming and Song dynasties. 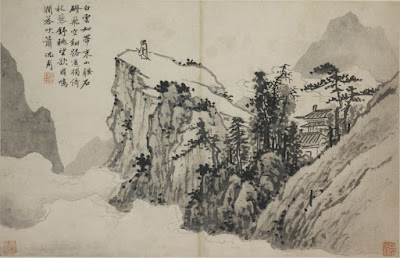 The best reproduction I could find of one of these paintings is this example by Shen Zhou, but what I had hoped to find were paintings by later Ming artists who painted the mountains as very dark, almost black, like the following (almost illegible) image: 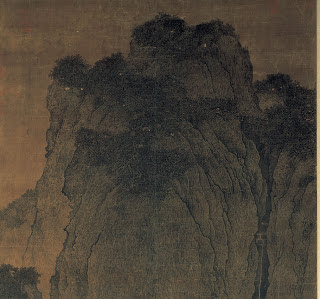 This is just the top of the painting (I don't know the artist's name) but it gives an idea how the rocks are painted sometimes. What I was thinking in glen Coe was the darkness of this type of painting with a composition more like the Shen Zhou. 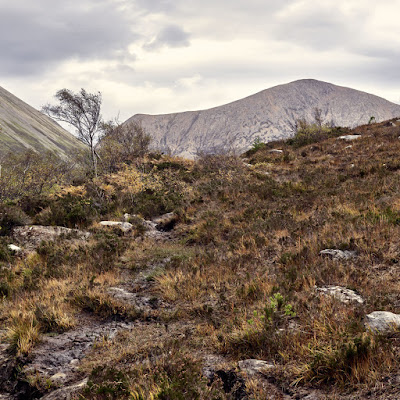 This location reminded me of Chinese album paintings. These are typically sketches painted in a square or nearly square format, small (about ten inches square) and often represent details of an environment, as in the painting below. What made me stop to take this photo was the textural variety presented by the large number of different types of objects in a very shallow space. 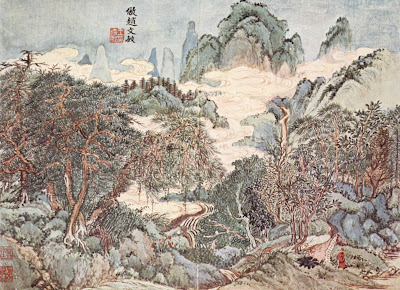 The next photo, whether it looks Chinese or not, was not inspired by a Chinese painting. Instead, it reminded me very strongly of a group of mountain paintings by the British watercolor artist Francis Towne. The shape of the mountain was so distinctive that I was fairly sure Towne had painted the same mountain, Glas Bheinn Mhor. 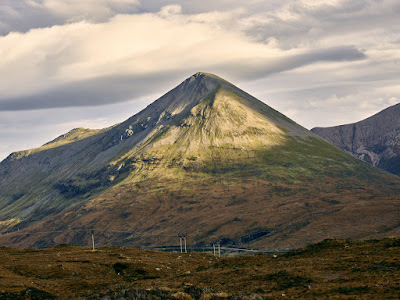 I wasn't able to find the image I was thinking of online, so here is a representative example of Towne's painting: 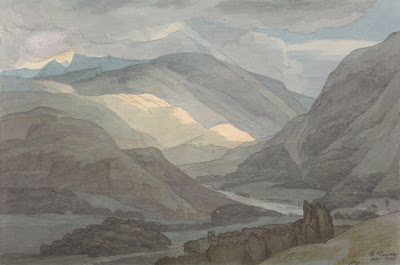 I then deviated from the plan again after seeing a row of twisted brightly colored trees pouring upward out of the ground near Loch Long. This reminded me more of the work of Van Gogh and Gauguin, but remained worth capturing, so we stopped and spent about an hour with these trees. 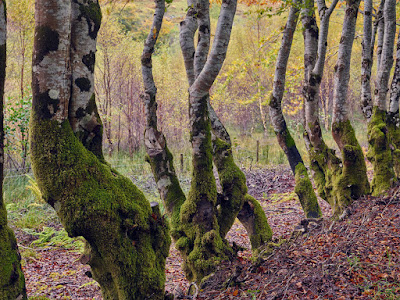 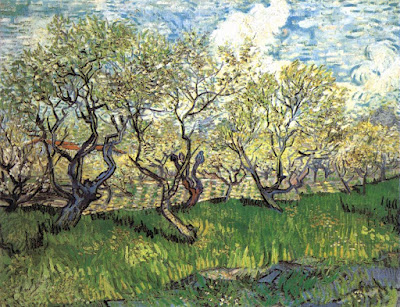 The next image was done on a whim, but came out as one of the best (or the best) image from the shoot. It was getting quite late and I wanted to get one more shot. We were headed toward a group of houses I wanted to shoot, but because of the hour, I thought it might be better to shoot something closer. We were just pulling into the little town of Portree, on our way to Maligar, when I remembered a church I'd seen here earlier in the day. I thought it might make a good shot, so we stopped and got the equipment out of the car. When we got to the church, it became clear it didn't look the same at night, but it offered a glimpse of the harbor and that was quite interesting. It reminded me of very old Tang or Yuan dynasty Chinese compositions where you might see a view of a village where none of the objects in the scene overlaps anything else. It also reminded me of the abstract compositions (and colors) of the Swiss artist Paul Klee. With that in mind, my assistant and I walked down to the harbor and started shooting. It wasn't easy because it was almost pitch black at first (because the moon hadn't come out yet). For focus, I had to rely on the tethered laptop and Capture One, which allowed me to enhance the exposure of each shot so that I could zoom in and see whether it was in focus. The boats were bobbing up and down quite a bit, so I had to go with a relatively high shutter and ISO. And then, just as we got the focus, the moon came out and I got the shot. 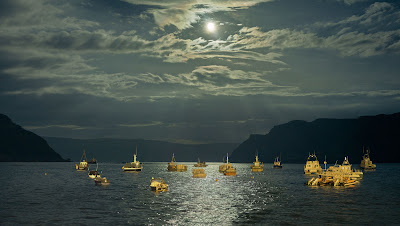 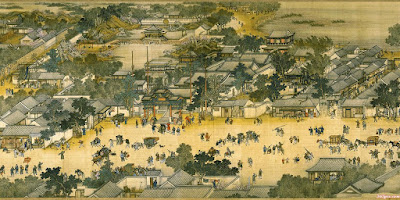 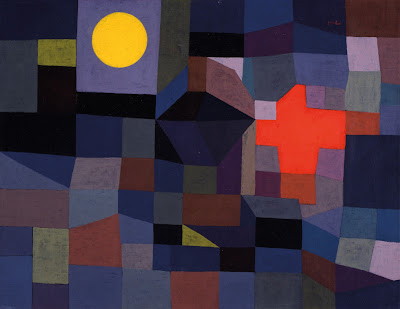 The last shot of the day we were in the Loch Long area was of a twisted leafless tree after the sun had set. It was very windy which caused a lot of motion, but it was also dark and that forced a long exposure. We were also very close to the subject and I didn't have a wide angle lens with me, so I had to make a stitched image. This made it tough to judge the composition, and gave me a little reason to be worried because of the possibility that the wind would move things so much that stitching wouldn't work. In the end that wasn't a problem, but I had a lot of purple fringing on the branches of the central tree. To get rid of it, I painstakingly painted it out with a hue brush in Photoshop. The scene reminded me of the drama of late Ming dynasty album paintings, particularly the work of Shih T'ao. 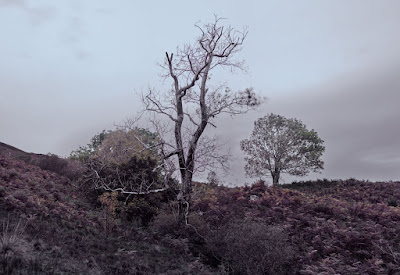 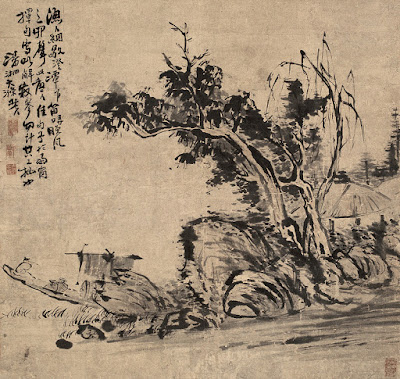 One last shot I'll include here, though it is influenced more by Edward Hopper and Winslow Homer than any Chinese paintings, still retains a hint of the Chinese thanks to the way it was processed in Capture One. In this image of houses on the Isle of Skye, I was reminded of Edward Hopper's many watercolors of New England houses. The weather was more like the storms in Gloucestire painted by Winslow Homer, or of the coast of Portsmouth when he lived in England, so the result is a mixture of the subject (Hopper), drama (Homer), and rendering (Shih T'ao). 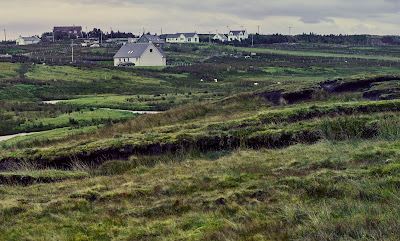 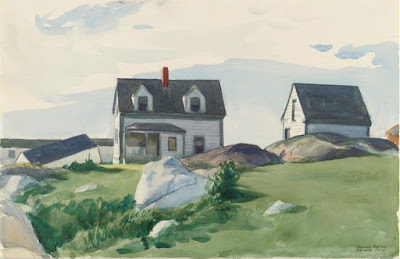 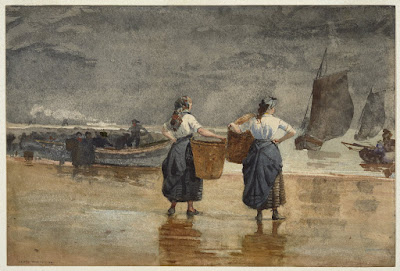 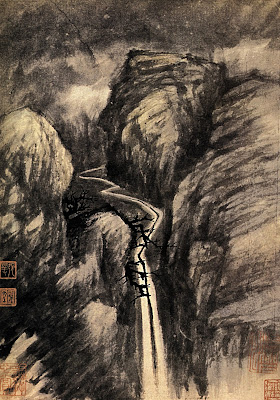 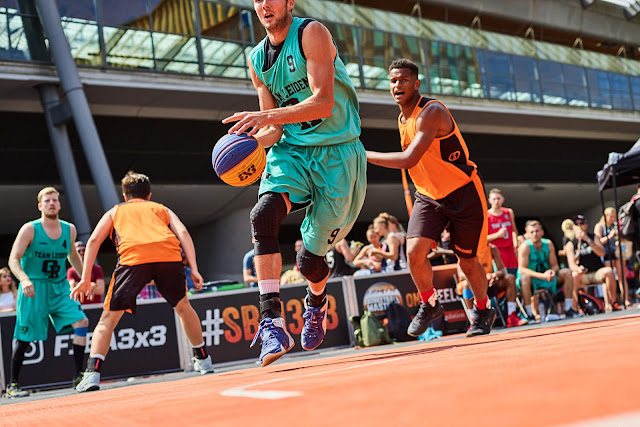 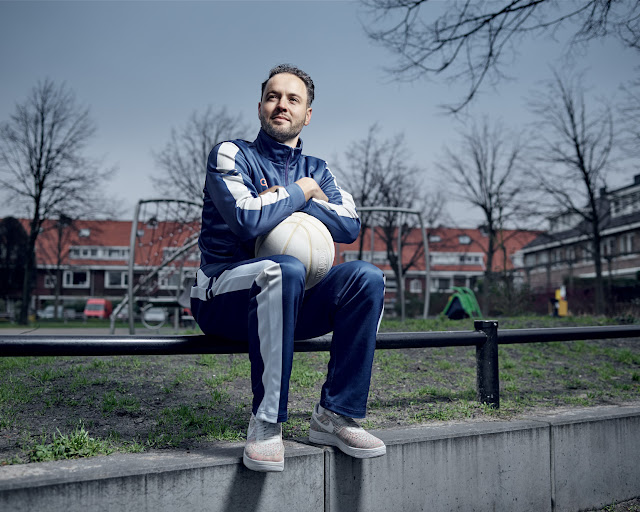 Dr. Andrew Paquette
I'm an American vegan photographer and artist. I've been happily married for more than thirty years, have a terrific kid, and wish I wasn't allergic to dogs because they are wonderful.